Changing the way the world closes and Re-Uses boxes.

By Janelle Palermo On November 18, 2019 In In The News, New Distributors, Past Events, Tradeshows & Events

After 3 Days in Korea Jim flew into Osaka’s Kansai International Airport. Mr. Yoshi Mitsushima met Jim in downtown Osaka and they took the train to the Nippon Systems HQ. Japan’s train and subway infrastructure is magnificent.

Box Latch’s™ ability to re-use corrugate boxes multiple times before recycling was of particular interest to Nippon Systems. They were attracted to our Box Latch™ product line because their business priority consists of living by the 3Es: 1) environment (good for it), 2) ethnicity (fitting the culture of Japan) and 3) economics (profits for all parties handling the imports.)

Nippon Systems was founded by CEO Mr. Akira Muroaka’s father in 1958. The current Mr. Muroraka CEO has been in charge since 1995. The company’s headquarters in Ashiya was destroyed by the 1995, 7.3 Richter Scale earthquake at which time it was moved to Osaka. Since then and has refocused this age-old family business on imports that are unique to Japan’s culture primarily in the stationery section.

The fun part was comparing Box Latch™ products to the Japanese competition and how Box Latch was excelled in function and appearance. 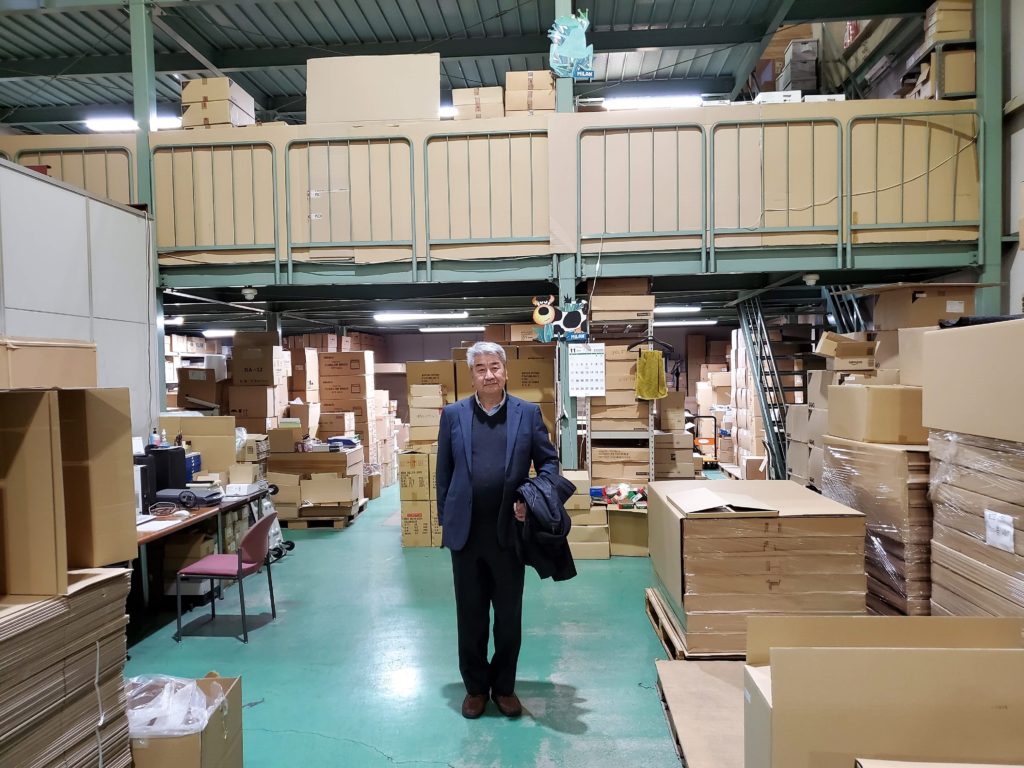